I recently had my first session of 2021. And boy was a blast. After doing this as a means of living for over 8 years at this point, I’ve never been much of a proposal photographer in San Antonio. This was only my second proposal. And little did I know I was going to be interacting along with the surprise.

First off, I gotta give it up to Phong. He put a lot of time and effort into planning this. It was so important that it be a special surprise. He contacted me way in advance. On our initial Zoom call, he and I wound up talking for about 2 hours. After all the plans were laid out and details told, we opened beers and just talked about many different things. After our call, my wife said, “Sounds like you two were having a lot of fun”. Lol. A week prior to the proposal, he came out with me to scope out the exact spot he wanted and we came up with what happened yesterday.

I showed up early so that I could snag the spot. When I arrived, there were 3 people sitting there. I decided to wait to tell them until it got closer to the proposal time. But then right as I was about to tell them, about 8 more people showed up to hang out with them. Lol. All drinking wine and having a great time. Immediately I broke the bad news and told them there was going to be a proposal there. I handed them a business card and felt so bad kicking them out. They were thrilled though that they were also in on the secret.

When P+M arrived, I was hanging out in the area ignoring them and scrolling on Instagram. I had my small camera wrapped around me, which is honestly normal for me. Lol. Phong called out to me and asked if I could take a picture of them. They handed me their phone and I took a few pictures. They looked and asked if I could take one more. Then he said, “Hey you’ve got a camera on you, do you mind taking a picture with that”? I responded, “I mean, I guess just give me your email and I can send it to you. But just a heads up, I’m not that good”.

Right then and there, he dropped to his knee and proposed to Megan. The group I asked to move out of the spot was in the background cheering. I had a great time hanging out with these two cuties. It was a great way to start off my 2021.

Here’s What They Had To Say About Their Experience With Me:

“Two words I would use to describe Anthony are kind and patient. He was so great starting from our initial consultation through the proposal and engagement shoot. He was instrumental in developing the plan to surprise my fiancée and just a joy to work with. He goes above and beyond to get to know you and it shows with the final product. Anthony remembers the smallest details which made our experience unforgettable. You won’t regret choosing Anthony to capture any special moment in your life.” 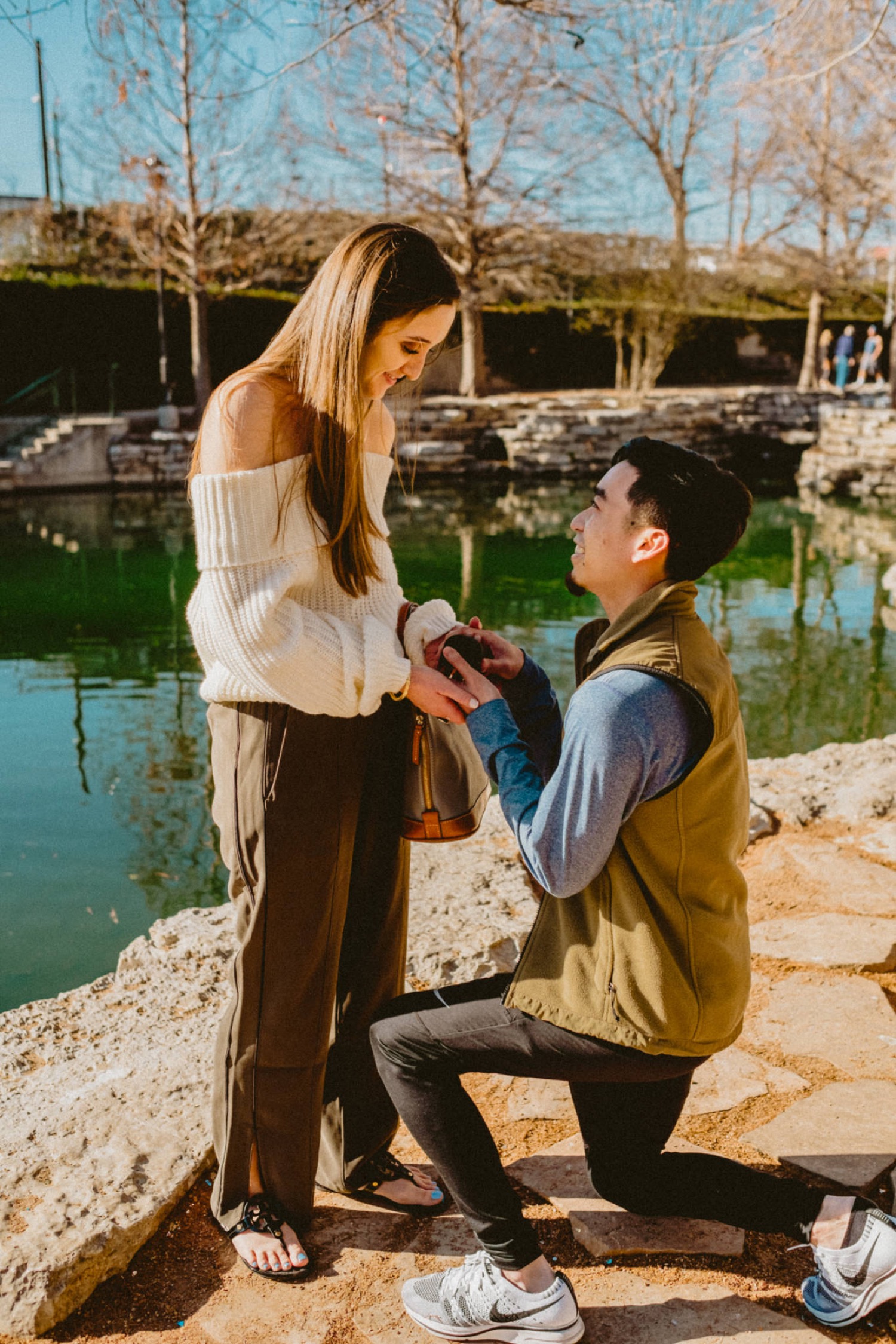 Your Narrative blog will appear here, click preview to see it live.
For any issues click here

Want to see a price guide before you decide to book?

Send me an inquiry through my contact form and I'll send you a copy of my price guide instantly. It covers everything from packages, full pricing, what to expect, FAQ, and so much more. You can schedule a chat with me shortly after if you're interested. It's crazy how simple it is!

This is a safe space where all genders identities, sexual orientations, skin colors, & body sizes are welcomed.